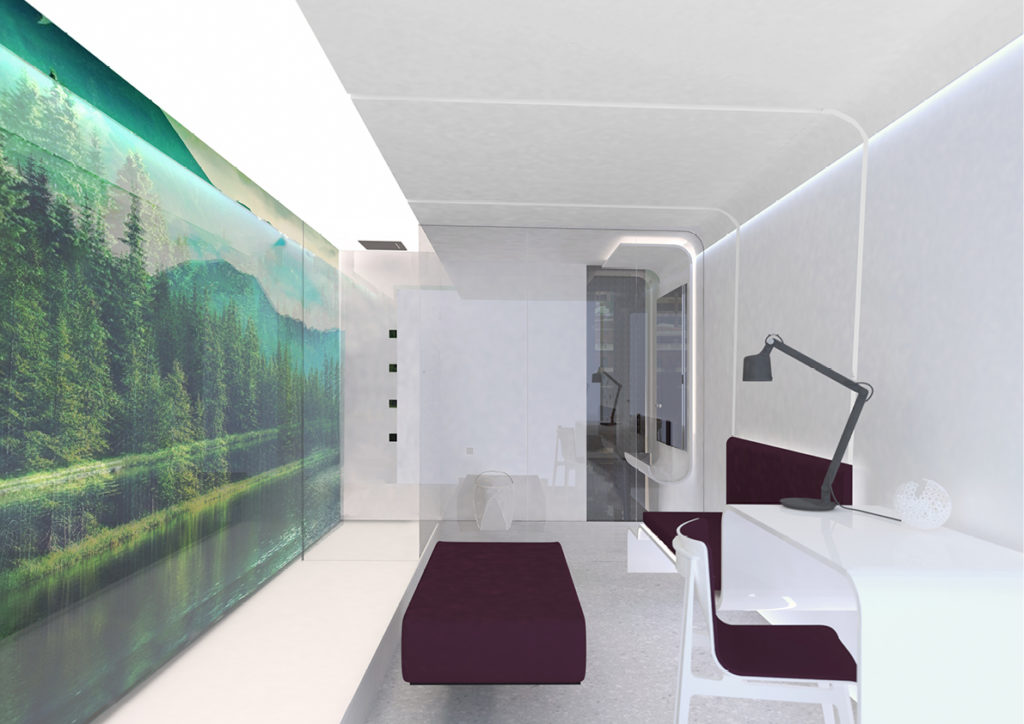 A national survey of travellers released by YOTEL has unveiled the key features guests expect in the hotel room of the future.

According to the poll, the majority (88%) would ditch traditional room keys in favour of facial recognition for room access, 81% would expect augmented reality in the room and 79% would want predictive room service.

The survey set out to identify what British travellers expect from a hotel room in 2050, and what they would include and change. Despite all the technology on offer, essential room elements scored surprisingly highly. The research showed nearly three-quarters of British travellers (73%) placed the highest priority on the bed, followed by the bathroom (53%).

“It’s not gimmicks that travellers of tomorrow expect to see”

Hubert Viriot, CEO at YOTEL said: “Even with all the talk of smart features, interactive technology and augmented reality, it’s not gimmicks that travellers of tomorrow expect to see. For us, it confirmed our designer’s core belief that efficient and helpful technology should seamlessly support an exceptional overnight stay.” 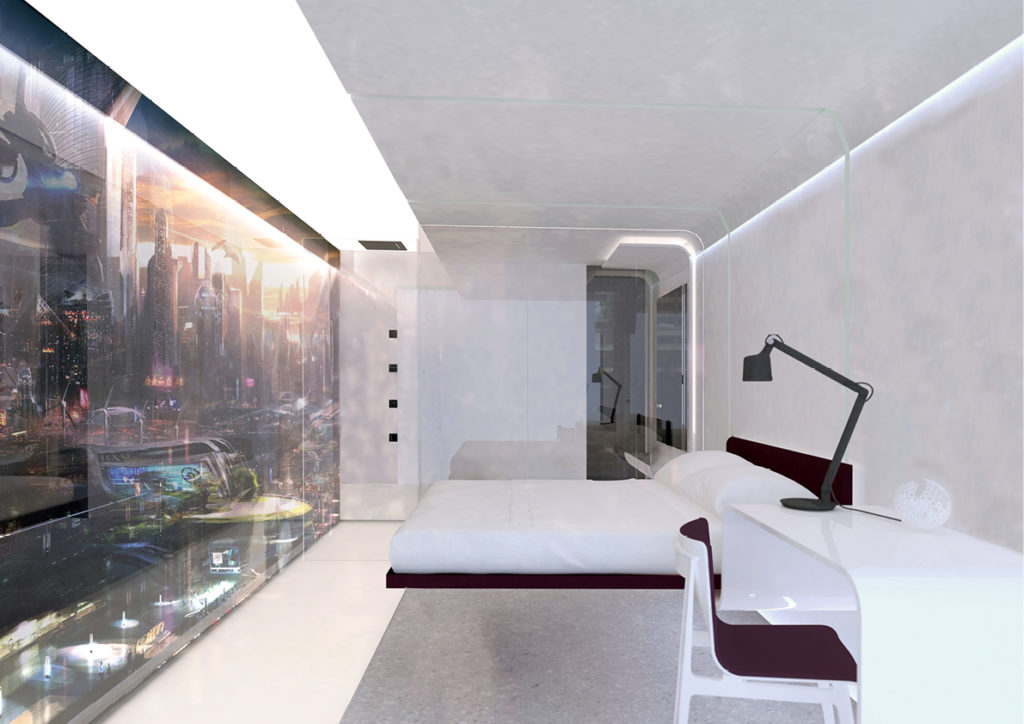 Sustainability is front of mind for 69% of British travellers, who do not want to see single-use plastic in the hotel of the future.

The bed could potentially retract into the roof to create space during the day and, according to 72% of those surveyed, will use AI to monitor their health. The window will double as an interactive digital display with 72% of respondents wanting interactive mirrors that allow them to try different hairstyles, clothes, and makeup virtually and 74% wanting a personalised virtual concierge assigned to them.

Viriot added: “Space is already a commodity and that’s likely to increase in the future, so space efficiency is key. We expect to see more compact spaces showcasing smart design. Equally, demand for real estate is going to mean building closer together, limiting the light into a room which makes windows a primary feature, whether it’s letting light in or acting as an interactive digital display.

“Success in the future will depend on efficient design and non-invasive technology that augments the guest experience.”