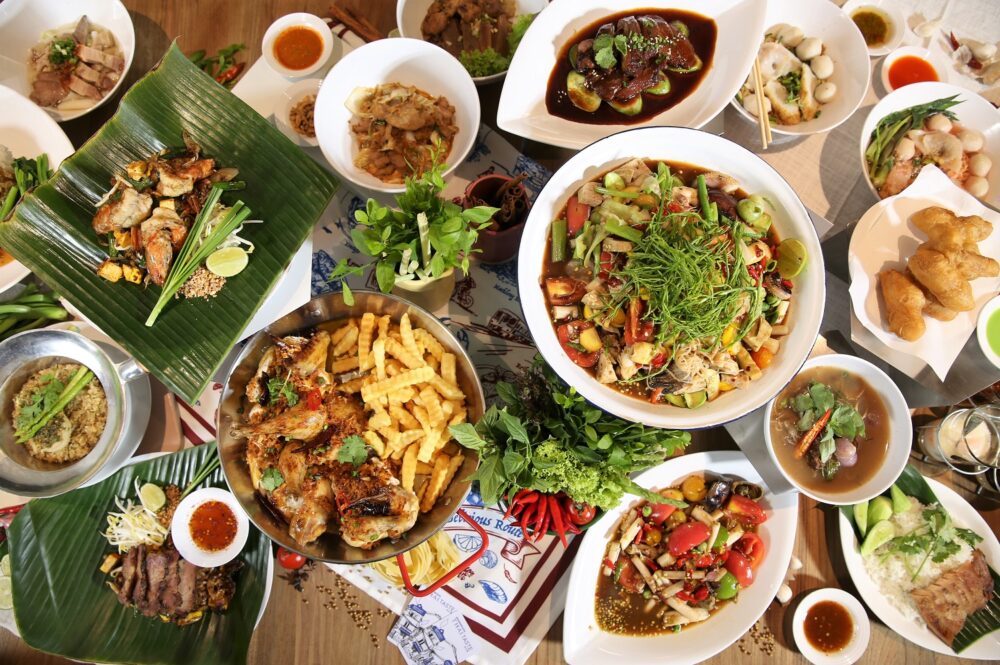 Take a journey into the city’s vibrant – and often elusive – street food scene without leaving your chair. The massive city’s famed street food scene – long considered among the best in the world – can be challenging. Finding the top-rated vendors in their impromptu sidewalk locations, deciphering their menus and reaching them before they sell out for the day is a plight best left to the serious foodie. But now, Bangkokians can sample a dozen of the city’s best street food under one roof at Thai Taste Hub Mahanakhon CUBE, located in the CUBE building in front of the towering Mahanakhon tower.

Carefully curated to present a mix of legendary establishments and Michelin-recommended venues across a wide swath of offerings, guests can sample Michelin-starred chef Andy Yang’s pad thai at Pad Thai Fai Ta Lu or inventive somtams based on strawberries and mangosteens at Phed Phed Hey.

At the time of this story, Phed Phed Hey and Boon Lert, another stall in the hub selling egg noodles with soy sauce pork, were just named Michelin 2021 Bib Gourmands.

Representing Chinatown is Michelin-recommended Nai Ek Roll Noodle, famous for its iconic, chewy guay job rolled noodles in black pepper soup with crisp fried pork, while a new outlet from Yih Sahp Luhk means fans of nai soi beef noodles and braised beef rice pot no longer have to trek out to Phra Athit Road to get their fix.

Wrap up dinner with famed Buriram fried dessert from Chumpol Patonggo or a plethora of traditional Thai sweets from Pa Hong Thai Dessert.

Not to be outdone, the atmosphere at the hub shines as well. Decked out with whitewashed Sino-Portuguese architectural details and perfectly retro fluorescent signage, the hub offers eye candy as well as Thai soul food. Sprinkled throughout are original artworks by six beloved Thai artists. Anchoring the upscale food court is a 3.5-metre white sculpture by Lolay, a joyful piece modelled after a pile of puppies, with various faces, legs, and tails peeking out. 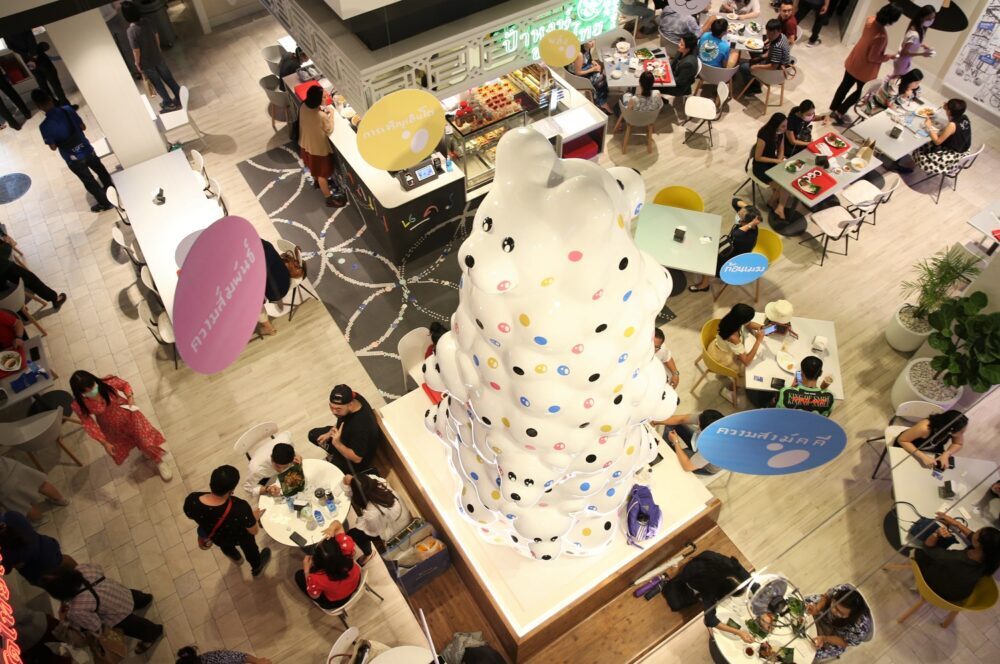 Beerpitch added her hip and modern typography art to a hand-painted “Thai Taste” sign inspired by those on Thalang Road in Phuket, while street artist Benzilla’s popular street art character “Loook,” a three-eyed alien, stands sentinel over the entrance.

More than a hub of Thai food, this new venue is a centre of art and culture and well worth a few repeat visits to try every offering.