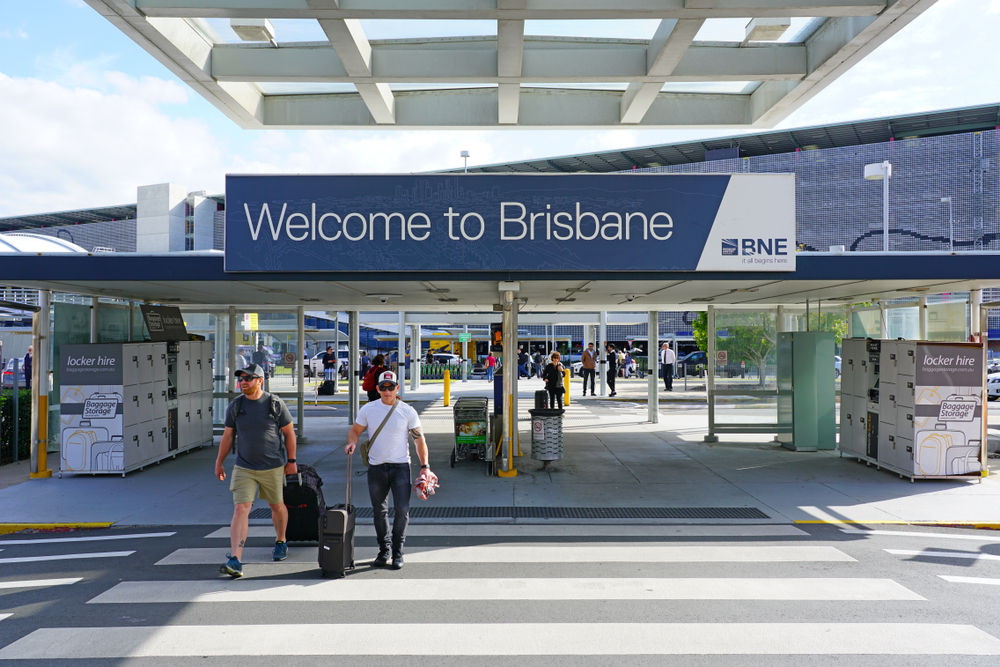 Brisbane Airport isn’t laying blame for the “human error” that led to two red-zone passengers – one who later tested positive for Covid-19 – roaming about the green zone for two hours on Thursday.

“This is not about finger-pointing, it was an innocent mistake,” Brisbane Airport Corporation’s executive general manager of aviation Jim Parashos ​said on Friday. “What occurred on Thursday was obviously very regrettable and there are some lessons to be learned.”

The two transiting passengers were incorrectly led from the airport’s red zone to its green zone after arriving from Papua New Guinea, which is classified as higher risk. The travellers were given access to the green zone via a checkpoint, which Parashos said: “was an error on the staff’s behalf”.

A staff meeting took place at around the same time the passengers were moved, which is when one of the people who led the passengers “knew something was wrong and a protocol hadn’t been met,” Parashos said.

CCTV footage was reviewed to identify the passengers. At this point, Queensland Health was notified of the breach. The pair was located and removed from the green zone around two hours later.

“Being an airport, there is extensive CCTV which allows us to act very quickly,” Parashos said. “[We were] able to identify every point and every single contact point during those two hours.”

“The determination was that it was relatively low risk based on the CCTV footage – [there was] social distancing, of course, masks are mandatory on aircraft and in the terminal – so that was the advice from Queensland Health.”

The two passengers from Papua New Guinea were transiting in Brisbane when they were led to the green zone by error.

An investigation has been launched by the airport corporation to understand “exactly what didn’t go to plan”. Staff are following the direction of the health authority and isolating.

The access point the travellers were led through was previously identified as an area that needed attention.

“This green travel zone, safe travel zone that we’ve developed has been done in consultation with Queensland Health over a number of months, so we’ve identified areas that we need to focus on, this access point was one.

“We’re focusing on retraining, reconfirming the procedures and continuing with that,” Parashos said.

He is “confident” with the measures in place at the airport.

“This was human error, obviously it’s unfortunate that this has occurred, but we’ll continue our training measures, and we’re confident there won’t be further incidents.”

While in the terminal, the pair visited a cafe, a male bathroom, and another retailer before being located by airport staff. All facilities have been cleaned. The cafe, Hudsons Coffee, is an open-air cafe and footage shows physical distancing was practised by all there.

The travellers, who tested negative before departing Port Moresby, were in the green zone around the same time three quarantine-free flights to New Zealand – two to Christchurch and one to Auckland – were boarding or preparing to board. Almost 400 passengers were on these flights, but CCTV footage showed only “a handful” were in the vicinity of the travellers.