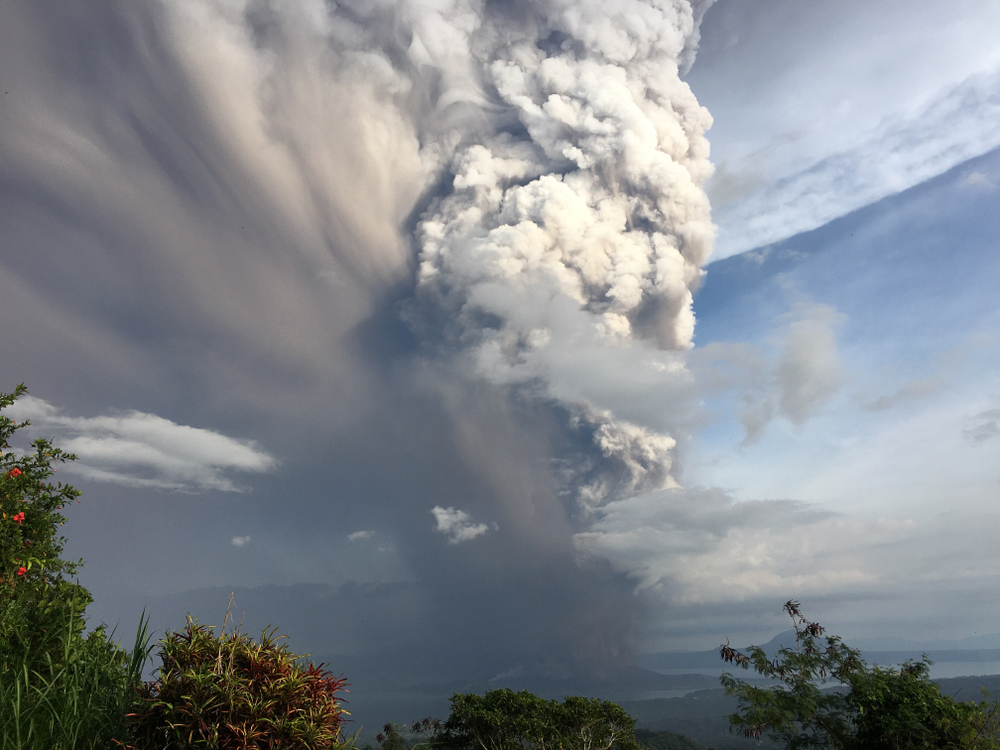 Hundreds of flights to and from Manila have been suspended since Sunday following the Taal Volcano spewed ash and smoke.

Aviation authorities have announced that flights would be suspended “until further notice”.

Edit: Flight operations at the Ninoy Aquino International Airport have been temporarily suspended due to the volcanic ash from the eruption of Taal Volcano. Kindly coordinate with your respective air carriers for details on flight schedules.

The Philippine Institute of Volcanology and Seismology (Phivolcs) cited a threat to aircraft from “ballistic fragments”.

Meanwhile, transport secretary Arthur Tugade had instructed aviation officials to “do whatever is necessary for the interest of public safety”, a joint statement from air and transport authorities read.

MIAA General Manager Ed Monreal said on Sunday night that 172 flights have been cancelled and that NAIA operations would remain suspended until Monday. He has advised passengers not to proceed to the airport until further information has been released.

He added inspection revealed the presence of ash on the runway, adding it would have to be cleaned before operations resume.

The Philippines is bracing for the possible “explosive eruption” of a Taal volcano, which is 65 kilometres south of Manila. Ashfall on Sunday afternoon prompted thousands to evacuate their homes.

Taal volcano, a popular tourist attraction set in the centre of a picturesque lake, spewed ash, rumbled with earthquakes and exploded with lightning above its crest.

A “hazardous explosive eruption is possible within hours to days,” the nation’s seismological agency warned. Government seismologists recorded magma moving towards the crater of Taal.

Earthquakes and volcanic activity are not uncommon in the Philippines due to its position on the Pacific “Ring of Fire”, where tectonic plates collide deep below the earth’s surface.