You could be mistaken for being in a different country when visiting Rwanda. It is unlike other African countries, maybe even unlike any other country in the world. You can forget the raw, authentic and traditional Africa. The roads are impeccably maintained, rubbish is nearly non-existent and the feeling of safety is strong, making it perfect for solo travellers.

Rwanda is refreshingly different – a progressive Africa that is quickly moving forward, that is considerate of the environment and conservation, that values the expression of arts and culture and where things are going well. 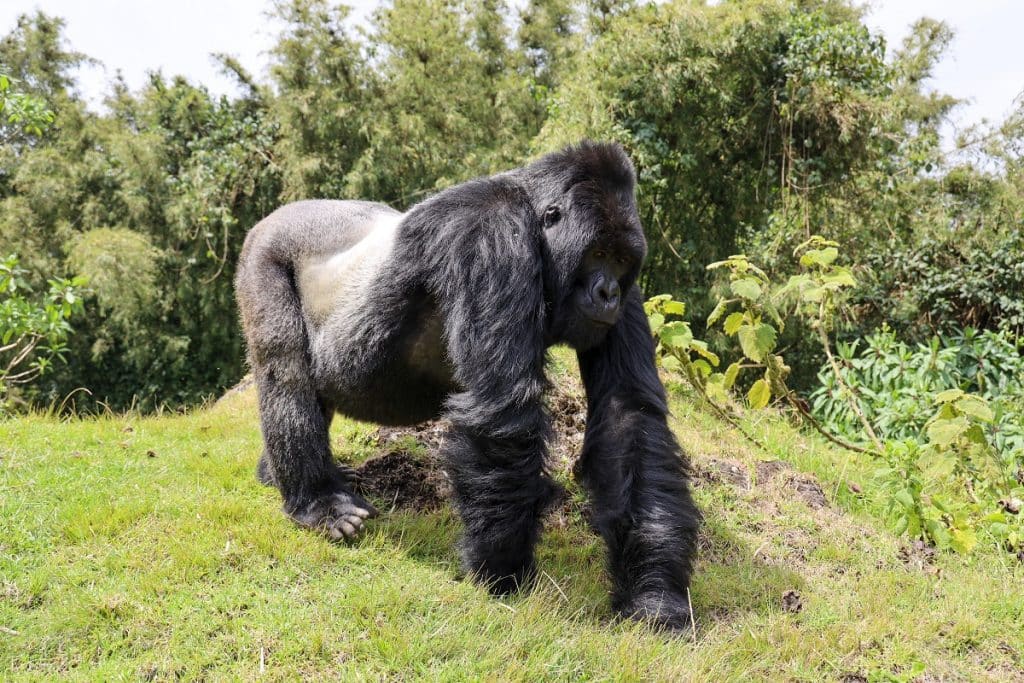 It was a long and painful road to get to this point however. A phrase commonly uttered on the clean streets of Rwanda is “love means forgiveness”. If you know anything about Rwanda’s history, you will understand the importance Rwandans place on forgiveness. Love and forgiveness have been the driving force behind the country’s astounding progress and development following the tragic events that occurred in 1994.

The Rwandan genocide, also known as the genocide against the Tutsi, was a genocidal mass slaughter of Tutsi in Rwanda by members of the Hutu majority government. Over a 100-day period from 7 April to mid-July 1994, an estimated 500,000 to 1,000,000 Rwandans were killed, constituting as many as 70 percent of the Tutsi population.

Ever since the 1994 genocide, Rwanda has moved forward in leaps and bounds. Not only in reconciliation and forgiveness from that fateful event, but in development and conservation. If there ever was a country that the rest of the world can aspire to, it would be Rwanda.

The name Rwanda literally means ‘expanding’, and its capital city, Kigali, takes meaning from something large, fitting for a country that has grown so much in the past 24 years and continues to propel forward.

The sense of community is strong, and everyone is involved in sustaining the country’s movement. Known as Umuganda, every last Saturday of the month everyone does community work, regardless of status, to clean and look after the environment.

Known as the “land of a thousand hills”, green is a word that best describes Rwanda. Not only green in colour, with the rich rolling hills that are ever present on the horizon, but green on sustainability and conservation.

Single-use plastic bags are illegal in the entire country and will be confiscated upon arrival. Due to this effective ban and other factors, Rwanda was ranked number three of the greenest destinations of the world in 2015. Dubbed the Singapore of Africa, you can clearly see why the moment you arrive in Kigali – it is astonishingly clean by any standards.

In addition to the environment care is the conservation of the wildlife and national parks. Famous for their mountain gorillas, Rwanda has put a lot of effort into conservation to protect these precious primates.

The mountain gorillas are the world’s most endangered ape and are found only in small portions of protected afro Montane forests in northwest Rwanda, southwest Uganda and eastern Democratic Republic of Congo (DRC). The mountain gorilla is only one of many species unique to these forests, which are also home to many wonderful birds, primates, large mammals, reptiles, insects and plants also ensuring continued water and medicinal plant resources for the local communities.

How to get there

Kigali International Airport, but sometimes referred to as Kanombe International Airport, is the main airport serving Kigali, the capital of Rwanda. Air access from Australia can be tricky with lengthy connections. Most popular routes from Australia are with South African airways via Johannesburg, Qatar airways via Doha and Etihad Airways via Abu Dhabi with limited transits. Other airlines like Ethiopian Airlines, Kenya Airways and the national airline Rwandair fly from East Africa into Kigali.

Today nearly half of the world’s 1000 remaining mountain gorillas live at the intersection of Uganda, Rwanda, and the Democratic Republic of the Congo in the Virunga Mountains of central Africa. The best place to witness these mountain gorillas is during a visit to Rwanda’s Volcanoes National Park. Consisting of 125 km2 of mountain forest and the six Virunga Volcanoes, the lush forested slopes of the mountains form an appropriately dramatic natural setting for what is arguably the most poignant and memorable wildlife experience in the world: gorilla trekking. A permit with set you back USD$1500, of which the money is put straight back into the protection and conservation of the gorillas. It is advisable to hire a porter (cost USD$15) for your trek, not only for the unfailing assistance as your trek and climb, but to help fund a living to the once poachers that pilfered the national park. It gives them incentive to stay on the anti-poaching path.

A visit to the Kigali Genocide Memorial provides a better insight into Rwanda’s harrowing past. The memorial is the final resting place for more than 250,000 victims of the Genocide against the Tutsi. It is a place for remembrance and learning. While there are several memorials around the country, the Kigali Genocide Museum is the most popular to visit. A tour of the entire memorial takes approximately one hour and thirty minutes. The memorial is open seven days a week, however on the last Saturday of every month, the memorial is open from 1:00pm to 5:00pm due to Umuganda, when all Rwandans meet to undertake community work. The Kigali Genocide Memorial is a guided experience. Visitors can choose to be guided by one of the staff witnesses or purchase the KGM digital guide which provides an audio-visual tour of the memorial. Costs start from USD$15.

The largest tropical afro Montane rainforest east or central Africa, Nyungwe forest is probably the most preserved forest in Africa. Nyungwe Forest National Park was established as a national park in 2004 and some say it is the most important site for biodiversity in Rwanda. It is home to over 1000 species of creation after all. Nyungwe is located near Cyangugu town in South western Rwanda, about 225km and a 4-5 hour drive from Kigali. It is bordered by the Rwanda-Burundi border in the South. Lake Kivu and the Democratic Republic of Congo lie on the west side of the park. It covers an area about 1020 sq.km and has an elevation of 1600-2950m above sea level. Roads that wind over hills and through tea plantations lead you to Nyungwe forest national park.  Here you can experience Kamiranzovu swamp, hiking trails through out, the forest canopy walk, birding, primate tracking and more.

Located in North Eastern Rwanda, at the country’s border with Tanzania, is Akagera National Park. A common view around Rwanda, the mountainous scenery surrounding Akagera National Park is quite simply beautiful. The landscape inside the park ranges from low, wide, plains dominated by grass and cactus-like Euphorbia candelabra shrub that morphs into both thick and thin forests amongst rugged terrain that is so characteristic of Rwanda. It is here you can experience the Big 5, and more, in Rwanda. The game drive experience is a scenic one, with wildlife like elephants, rhino, buffalos and antelope species including; elands and topis. There are also Maasai girafffes, monkeys, savannah birds, civets, leopards, hyenas, as well as serval cats. While you can self-drive around the park (staying on the designated roads), it is recommended you hire a guide who is so knowledgeable about the flora and the fauna that is found in the park.

Red Rocks is a spacious and friendly backpacker hostel, campsite, and cultural center situated in a picturesque valley surrounded by rolling hills with a spectacular view of Volcanoes National Park. It is the perfect place to base yourself for the amazing wildlife experience of gorilla trekking. ​At Red Rocks, the community comes first. Part of the bigger social enterprise, Red Rocks Initiative, Red Rocks believe in responsible tourism that directly serves local people, providing them with opportunity and empowerment by sharing their unique culture.

For more on Rwanda visit www.visitrwanda.com