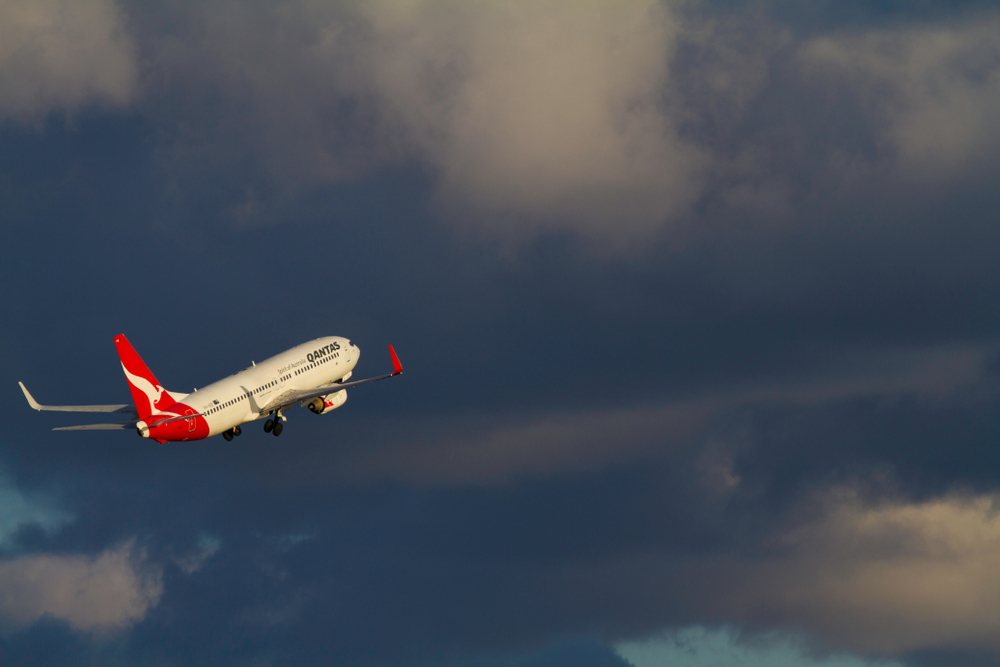 Qantas has revised its flight schedule as millions of people in Australia’s southeast prepare to escape from lengthy COVID lockdowns.

The national reopening plan does not mention borders. However, some states have promised quarantine-free movement for fully vaccinated people if coverage reaches 80%.

Qantas announced on Monday that flights between Victoria and New South Wales would restart on November 5, bumping the timetable ahead from December.

CEO Alan Joyce stated that it was “wonderful to see preparations firming up” for some domestic borders to reopen once vaccines are distributed.

“We are now expecting to ramp up flights between Melbourne and Sydney, which is generally the world’s second-busiest air route, over a month sooner than expected,” Mr Joyce said in a statement.

“Many regional locations will also reopen for the first time since June, which is fantastic news for tourism as well as family and friends who can’t wait to see each other again “.

According to Qantas, flights in New South Wales will also increase to roughly 40% of pre-COVID levels on October 25.

It happened as Premier Gladys Berejiklian outlined what freedoms will be restored once her state’s vaccination rate reaches 80%.

The state government’s strategy is to restore freedoms for fully vaccinated individuals with 70% coverage, which will most likely take effect on October 11.

“We only have this week and next week to hang in there,” Ms Berejiklian said.

She affirmed that NSW was on track to fulfil targets, with 60% of the eligible population completely vaccinated and 85% having received one dose.

“At 80% double-dose vaccination, we can certify you will be able to travel freely throughout NSW.” “We anticipate that before the end of October,” she said.

International travel is another milestone on the NSW roadmap out of lockdown that will be reached at an 80% rate.

Mr Joyce stated that quarantine laws would be a “critical element” for Australians travelling abroad.

He believes that seven days of home quarantine, tested in New South Wales, is an appropriate starting step. However, he thought that fully vaccinated travellers would someday escape quarantine, as is becoming “normal” between low-risk countries.

Ms Berejiklian said on Monday that after dangling the prospect of foreign travel on Sunday, she hoped NSW and Victoria would soon present a “unity ticket” on restoring borders.

Vaccination rates in Victoria are increasing, with 47.7 per cent of those over the age of 16 fully vaccinated and more than 77 per cent partially immunised.

On Tuesday, health officials expect to pass the 80% first dosage mark. At this point, Melburnians will be able to travel 15 kilometres away from home.

Jeannette Young, Queensland’s chief health officer, has advised residents to “plan and hope” for borders to reopen in time for Christmas.

However, Dr Young would not confirm on Monday whether hard borders would automatically be removed if the state obtained 80% vaccination coverage by December 25.

Most New South Wales has been barred from visiting the Sunshine State since July 21, with Sydney residents barred from June 22.

Queensland has been closed to Melburnians since May 28 and to remote Victorians since July 17. Hundreds of Queensland residents and individuals attempting to relocate to the region have been caught in interstate limbo for months.

More than 63% of eligible Queenslanders have received at least one dose of a vaccine, and 44.9 % are fully immunised.

WA will continue to be off-limits.

On the other hand, travelling to Western Australia is not likely to begin until early 2022, with airlines delaying flights between WA and Victoria/NSW until February 1.

Qantas claimed the two-month delay was due to “border assumptions,” with WA also closed to international travel until next year.

For individuals having travel exemptions, Qantas said five return flights each week between Perth and both Sydney and Melbourne would continue to “maintain minimum connections.”

Meanwhile, in the ACT, Chief Minister Andrew Barr has hinted at a return to interstate and foreign travel once the territory’s vaccination rate reaches 90%.