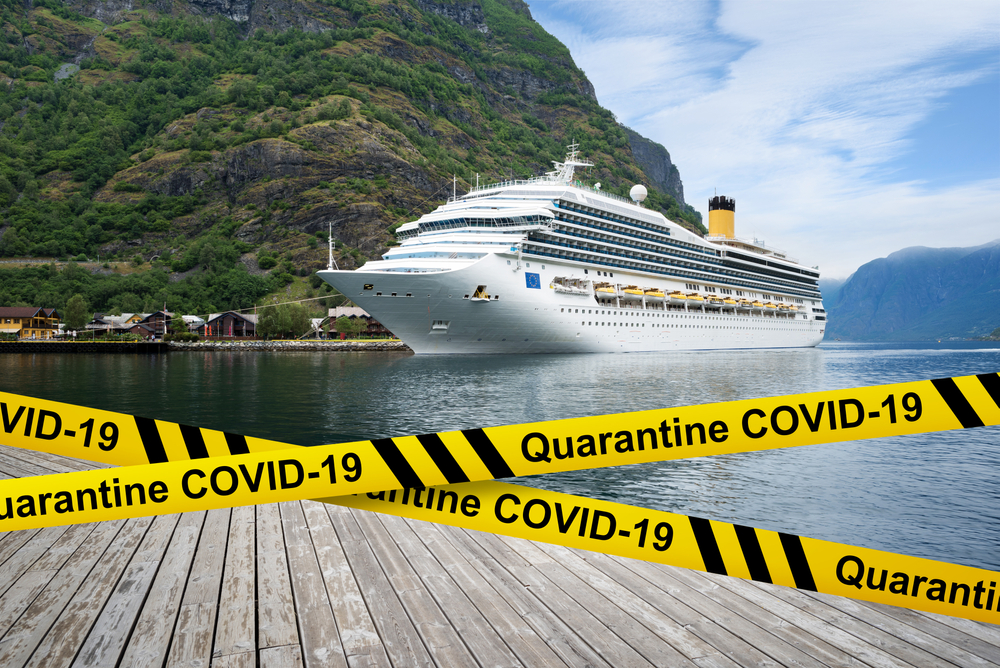 In recent days, cruise lines have announced plans for comeback sailings from such unorthodox cruise hubs as Nassau, Bahamas, and Haifa, Israel.

In addition, they’ve announced quite a few other things that at any other time, would be considered bizarre for sure. Like plans to impose medical tests on their passengers. And plans to restrict passengers from touring on their own in ports.

As you’ll read about below, all of these announcements have a common denominator: They are what the lines feel they need to do right now to get their ships back on the water with paying passengers.

More than a year after the COVID-19 crisis brought cruising around the world to a halt, with the financial toll on the industry rising, cruise lines have begun getting creative in multiple ways as they try to push ahead with a more meaningful restart of operations.

These are things that lines are doing that would have seemed almost unthinkable before the pandemic.

Launching cruises for country of departure port only

Normally, it’s never a good business move to restrict 99.1% of the world’s population from buying your product. But that’s exactly what cruise lines will be doing this northern summer with some of their best-known ships. Nearly a dozen cruise brands, including Royal Caribbean, Princess Cruises and Celebrity Cruises in recent weeks have announced plans to operate “staycation” cruises around the U.K. that will only be open to the country’s 66.7 million residents.

The newly announced sailings are designed to take advantage of the U.K. government’s developing plan to allow residents to travel domestically again (but not internationally) starting on May 17.

Due to restrictions on where the ships are allowed to take U.K. residents, the lines have been forced to get creative with itineraries, scheduling calls for places like Liverpool, England; Belfast, Northern Ireland; and Invergordon, Scotland. In theory, these are places that many U.K. residents have been. But such is the desperation among travellers to get away from home after months of lockdown that the trips reportedly are selling well.

Launching cruises out of Israel and Cyprus

When you think of the great cruise hubs of the world, Haifa, Israel, probably doesn’t come to mind and for good reason. Until now, it has never been a home base for a cruise ship. But Royal Caribbean in May will be deploying its newest, most advanced vessel to the port to start a series of three- to seven-night voyages to the Greek Isles and Cyprus.

The deployment of the Odyssey of the Seas to Haifa isn’t coming because Royal Caribbean suddenly sees cruises from Haifa as the next big thing in cruising. It has everything to do with the fact that Israel is one of the only countries in the world right now willing to allow large cruise ships to operate out of its ports as early as May.

Cyprus is another place where the Royal Caribbean soon will be basing a ship, the Jewel of the Seas.

Launching cruises out of St. Martin

There’s a reason the island of St. Martin isn’t a major hub for Caribbean sailings. For logistical reasons, it’s not the most practical place to base a ship. It’s not as easy (or inexpensive) for passengers to reach as the big Florida cruise hubs such as Miami and Port Canaveral. And it’s not as logical a place to provision and fuel a cruise ship as those ports.

But that isn’t stopping Celebrity Cruises from launching its first-ever sailings out of St. Martin (specifically, from the Dutch side of the island, St. Maarten) as part of its initial cruise comeback plan. Celebrity announced this month that its Celebrity Millennium would begin voyages out of the Port of St. Maarten on June 5. The trips will feature calls at such destinations as Aruba, Curaçao and Barbados.

The allure of St. Martin as a Caribbean cruise hub right now has to do with one thing: Its port is open for cruise business. That’s not something that can be said for the traditional hubs for Caribbean cruising in Florida.

Due to COVID-19-related restrictions imposed by the U.S. Centers for Disease Control and Prevention, cruise ships, for now, can’t sail out of U.S. ports.

Requiring passengers to get a specific vaccine

There are a handful of cruise itineraries where passengers have long needed proof of a vaccine to travel. Cruisers signing up for sailings along the west coast of Africa, for instance, need a yellow fever vaccine if their ship will be stopping at countries such as Gabon and Togo that require visitors to show proof of a yellow fever vaccine. But never before have cruise lines issued a blanket requirement that all passengers on all itineraries would need a specific vaccine to be able to travel.

That’s exactly what nearly a dozen cruise lines have done over the past two months as they map out a strategy to return to service in a safe way.

We’re talking, of course, about the COVID-19 vaccine. Among the lines that recently have said every passenger would need a COVID-19 vaccine to sail on all or at least some upcoming cruises are American Cruise Lines, Crystal Cruises, Cunard Line, Princess Cruises, Virgin Voyages and Windstar Cruises. Some other lines, including Royal Caribbean and Celebrity Cruises, have issued a similar mandate that only applies to adult passengers.

Doing medical tests on their customers

Up until this past year, it surely would have been inconceivable to most cruisers that they would have to endure a medical test to get on a cruise ship. But cruisers on some of the first vessels to restart operations over the past year have been forced to undergo everything from temperature checks, pulse oximetry tests and the filling-out of pages of health forms to the uncomfortable up-the-nose swabbing that is part of a COVID-19 rapid test.

Indeed, cruise lines hoping to keep COVID-19 off their ships suddenly find themselves playing a medical screener role that used to be reserved for primary care physicians.

Since MSC Cruises restarted operations in the Mediterranean, for instance, it has tested every arriving passenger for COVID-19 before allowing them to board. Viking recently announced that initially at least, is expected to test passengers for COVID-19 every day of every cruise.

One of the big allures of cruising is the ability to visit three, four or even more destinations in a single week. You can be in Spain one day, France the next day and Italy the day after that. But with the number of places cruise ships are allowed to go still heavily restricted due to the coronavirus pandemic, cruise lines that have begun bringing back vessels have had to get creative with their itineraries, either by cutting back on port calls or — in the most extreme cases — doing away with port calls entirely.

Known as “cruises to nowhere,” the latter sort of trips entails nothing more than getting on a ship and being driven out into the ocean to circle around for a few days before returning to where you began. If you see anything from the ship, it’ll be a coastline — and other ships. The big activity is to just relax and enjoy all the onboard amenities, from deck-top pools to theatre shows.

This may be the most unusual new thing that cruise lines have been doing in the wake of the coronavirus pandemic. In an effort to keep COVID-19 off their ships, some lines, such as MSC Cruises, have been restricting passengers from touring port towns on their own.

The lines still are including port calls on their itineraries. But passengers only are being allowed off if they are on an official, cruise line-organized shore excursion with a guide.

The idea is that passengers can be carefully controlled and monitored on organized shore excursions so that they don’t interact with locals in a way that would allow them to be exposed to someone carrying COVID-19.

Running ships only half full

If you cruise a lot, you know that cruise ships almost always operate completely full. Cruising is a very high fixed-cost business, and the business model at many lines is designed under the assumption that at least two berths per cabin are full on every sailing.

But as lines have started to tiptoe back into operations, they have been running ships with as many as half of their cabins empty. It’s part of an effort to create more space for passengers on ships to allow for greater social distancing and less chance of the spread of illness.

In some cases, the lower capacity numbers are being mandated by local officials in the places where cruise ships sail.

Operating at such a reduced capacity clearly will not be good for the bottom line of major cruise companies. But, for now, it is what they have to do.