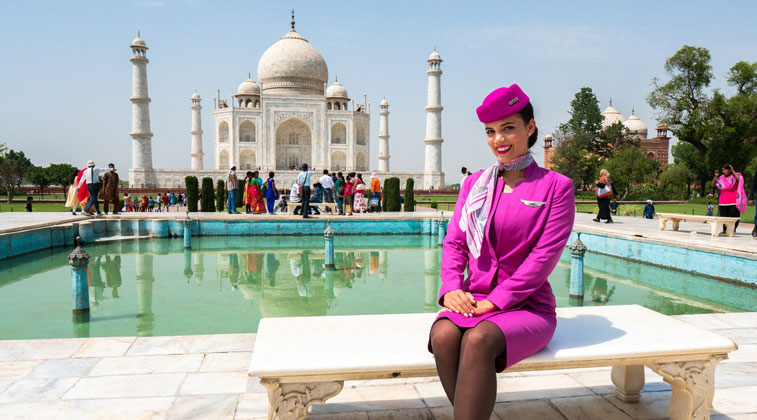 WOW air has expanded its network from Keflavik Airport by launching the Icelandic hub’s first non-stop flight to Asia, with the airline offering services to Delhi.

With an upwardly mobile mass of middle class, India is a coveted market almost along the lines of China. Launched today, the service will operate three times weekly using 345-seat A330-300s, with the route not only offering the first direct flight to Asia, but also provides the only low-cost option for passengers travelling between India and North America via a seamless transfer at Keflavik.

Commenting on the opening of the airport’s first ever service to Asia, Hlynur Sigurdsson, commercial director, Isavia, commented: “To date, Keflavik Airport has only had direct flights to Europe and North America. With 27% of international visitors to Iceland coming from destinations outside of these regions, and with this market having grown by 11% during the first nine months of 2018, it is great to see WOW air expanding Keflavik’s global reach with non-stop flights to Delhi.”

“Important cultural and strong relations between India and North America”

Adding further to this, Sigurdsson added: “We also understand that these flights not only bring a direct connection to Asia, but we know too of the important cultural and strong relations between India and North America. With this being the only low-cost option for passengers between these two global regions, we are happy to support WOW air in offering a new travel option to the six million passengers that fly between the two regions each year.”

Asian low-cost carrier Air Asia’s success is evident in making Malaysia and Singapore becoming popular destinations in the region for Indians. The addition of Delhi to Keflavik’s network aims to play on a similar sentiment along with the hope to bridge the surge in India travellers to North America. Just under 10 million passengers passed through Keflavik Airport this year, making 2018 the ninth consecutive year of double-digit passenger growth, with traffic having grown by 12% versus 2017. WOW Air is also strengthening connections on the other side with new connections to Vancouver and Orlando, due to start soon.