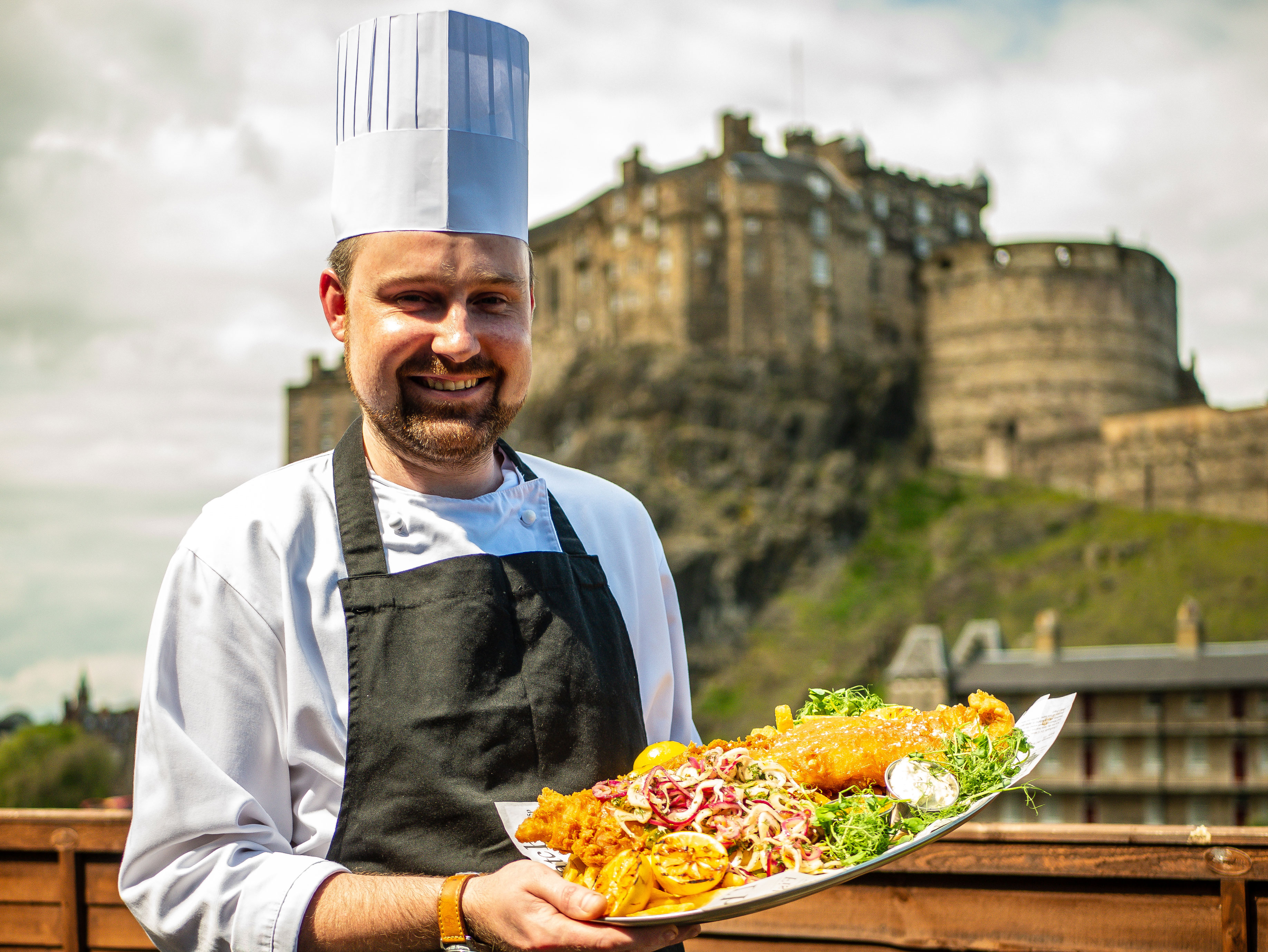 Apex Grassmarket Hotel has announced the introduction of Edinburgh’s largest fish supper to its menu and is challenging diners to polish off the massive dish in its entirety. Coming in at a whopping three times the size of a standard fish supper, the feast size British favourite will include battered fish, chips, tartar sauce, minty mushy peas, pickled fennel, lemon and a pint or glass of house wine.

The permanent addition to the menu will also set out to hook challengers with the chance of winning a complimentary meal for two at the Apex Grassmarket Hotel through a monthly prize draw. Those who are bold enough to dive right in to the culinary challenge will also be gifted with a miniature dram of whisky, collapsible copper shot cup and crown to remind them of their efforts and accomplishment. 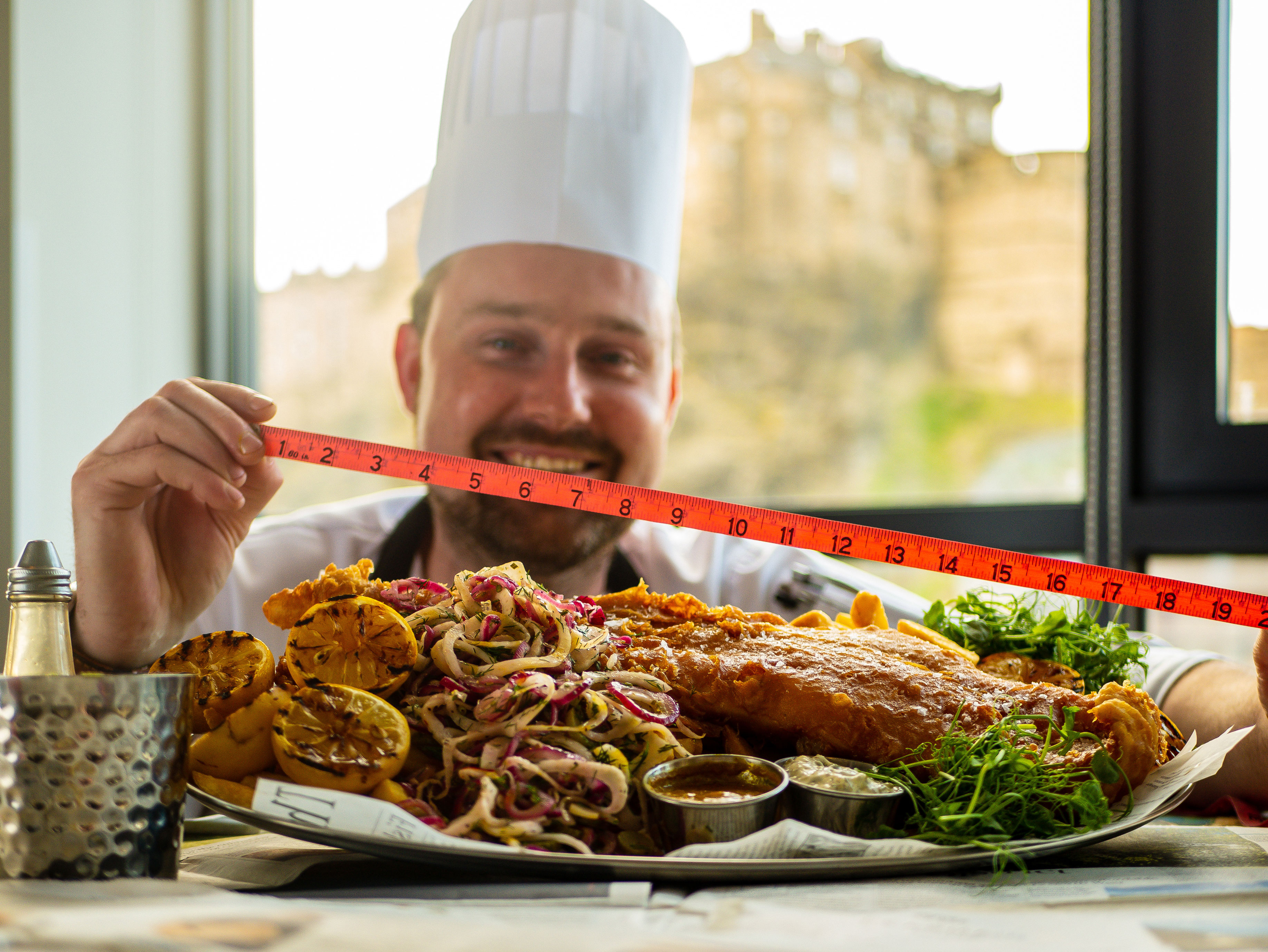 Alan Taylor, GM at Apex Grassmarket said: “The fish supper is a classic dish and a firm favourite for many across the country, including myself. We have taken the dish to a new level with the addition of Edinburgh’s biggest fish supper. Britain is increasingly a nation of foodies who delight in sharing their gastronomic finds across their social channels and I’ve no doubt this dish will catch their attention and net some likes.”

Edinburgh’s Biggest Fish Supper ‘The King of the Sea Supper’ will be on sale from 2 August and awaiting foodie challengers to attempt to devour the gut-busting dish.