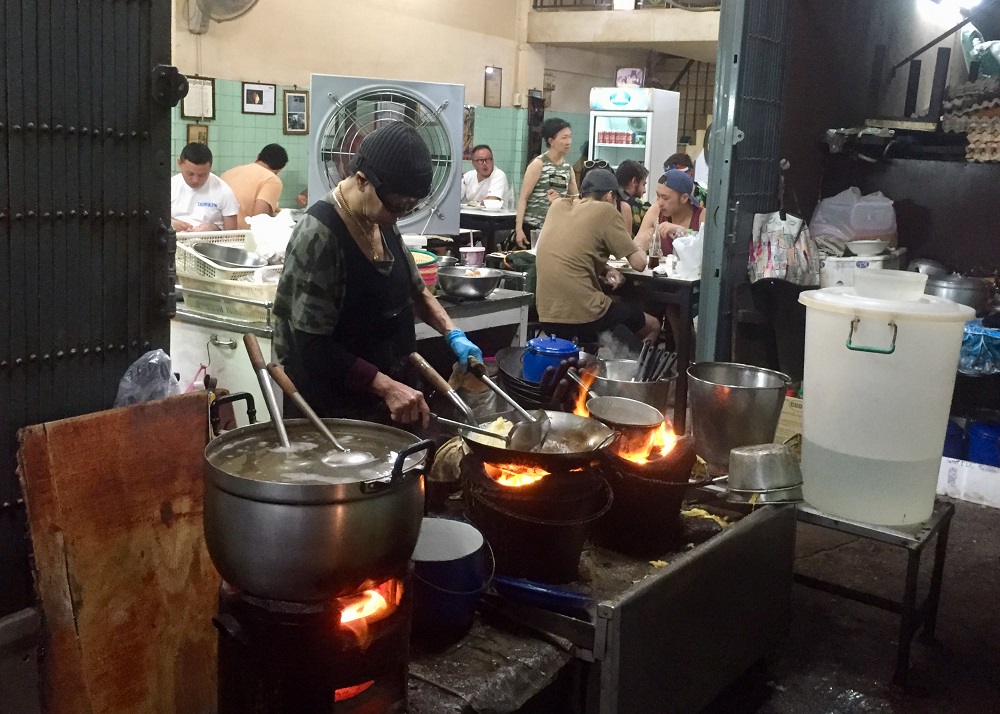 Unquestionably one of the most famous street food vendors in the world with a Michelin star under her belt, outside of the kitchen, Jay Fai resembles any ordinary, petite, 73-year-old woman. But once she starts cooking, that demure composure quickly transforms into a fiery passion.

Eyes protected from the flames by wide goggles, hair securely tucked in a tight-fitted hat, black apron tied around her waist, a sheen of sweat across her forehead.

Maybe she’s rolling a crab omelette or aggressively frying drunken noodles, tending a dry tom yum or searing prawns. But then again, it doesn’t matter what she’s cooking, you know it’s going to be good.

No doubt, it’s more costly than other stands, but it delivers on its promise of Michelin-starred cuisine, which appeals to a broad audience.

It’s been more of a fantasy than a reality for over a year because of access constraints and limitations on crowding like lengthy lines.

That’s about to change, according to Thailand’s new policy of quarantine-free travel. Thanks to restrictions on the number of big parties, there will be more methods than ever for people to reserve a table at Jay Fai.

People are rediscovering the thrill of dining again, thanks in part to the relaxation of travel restrictions and the opening of Jay Fai, which is now accepting bookings. If you’re planning a vacation to Bangkok, you may want to book a reservation in advance to prevent disappointment.

According to the business’s official Instagram page, reservations for Jay Fai’s restaurant and stall are now being accepted for January and beyond. There’s no need to stand in line and wait for a table, which may take up to four hours in the past.

With less inbound travel, booking a table is an excellent time without planning too far ahead.

Bangkok is gradually removing limitations imposed due to Covid-19, such as curfews on nightlife and bans on the sale of alcoholic beverages, and most of them should be lifted by the middle to end of January.

Thailand is Asia’s “foodie capital” and a significant draw for Western tourists. Jay Fai has been hailed as the “godmother” of the wok after a spectacular rise in critical recognition.

In contrast to other low-key Asian eateries who received the coveted Michelin Star and swiftly capitalised, Jay Fai kept much of the operation the same and refused to brand items or franchises. Patrons of Jay Fai were even given takeaway during the pandemic.

To make a reservation, visit Raan Jay Fai (ร้านเจ๊ไฝ) | Chope – Free Online Restaurant Reservations or log into your Instagram page and follow jayfaybangkok, and use the listed phone number or e-mail address.