We talk to CEO of Booking.com following the Techsauce Global Summit in Bangkok 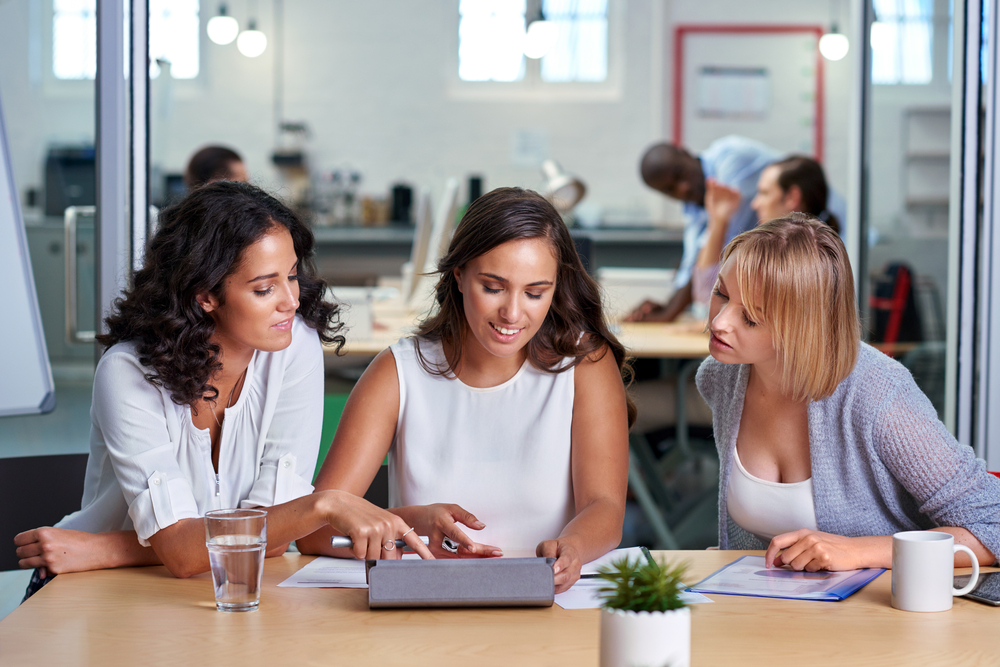 I personally witnessed women’s prowess and triumph in the tech industry at the recently concluded Techsauce Global Summit in Bangkok last week. This year’s event welcomed more than 10,000 attendees with near gender parity with a male to female ratio of 55:45, almost one to one.

The Techsauce Global Summit 2018 is proof that more women have the courage to start their own tech companies. The event featured more female speakers across its six stages demonstrating the growing influence women are having at the senior level in the technology sector across Southeast Asia. According to a recent report from The World Economic Forum, women currently make up 30% of leadership positions across the region.

“I hope we achieve an equal ratio for Techsauce 2019”

Techsauce CEO and co-founder Oranuch Lerdsuwankij emphasised the importance of diversity in the workplace and said: “Diversity is necessary for any industry, particularly the tech industry. I would like to call on more females across Southeast Asia to get involved in what is a rapidly evolving industry with plenty of opportunities.

“Women wanting to progress a career in tech need to believe in themselves more and realise they can do just as good a job if not better than men, particularly when it comes to becoming leaders of tech companies and organisations. This years’ 55:45 split shows more females across the world are getting involved in the tech industry and I hope we achieve an equal ratio for Techsauce 2019.”

This is echoed by one of the most powerful women in travel tech, Gillian Tans, CEO of Booking.com. Tans told me via email after the event: “With technology being one of the key ongoing drivers of social and economic change, it’s imperative that we continue to have the conversation about gender diversity in the tech industry, as there is still a strong under-representation of women. Not only do we need more women in technology in general, but we also need to see more women in leadership roles.”

“Inclusive workforces are the hallmark of a fair, strong and prosperous society”

“Another important point to address is the myth and perception that there aren’t opportunities for women in tech who don’t have a coding or engineering background. Technology companies definitely need more women in those roles, but they also need more women across other critical functions, such as marketing and finance,” Tans continued.

More women in non-technical roles can really help drive and engage women in core technical roles as well, as diversity extends beyond functional silos. Furthermore, gender-diverse and inclusive workforces are the hallmark of a fair, strong and prosperous society,” she added.

Having more women in the team could be advantageous for a tech company for women possesses some of the skills important in growing the business. Having a knack for tech fields like coding, programming, and engineering is the easiest way to enter the male-dominated industry. However, women can take advantage of their innate skills to work their way in the sector.

Akiko Naka, CEO and founder of Wantedly, follows the mantra “Do what you love”. During her keynote, Naka shared how following her passion inspired the creation of her company and made her the youngest female CEO to have had a company go public in Japan.

Research conducted over the past 30 years by the University of Maryland School of Medicine backs up my theory, confirming that women are, in fact, better communicators than men. This is of vital importance in the industry for people in tech must be able to clearly articulate or translate the technology.

Women also fit the shoes of managerial and executive positions as communication is a critical skill for managers, who have to connect with both employees and fellow executives to explain business goals and how they can be achieved.

“Having more women in the boardroom can only be a good thing, as multiple studies and research have shown that more diverse companies simply perform better. That being said, one of the barriers cited most often by women in terms of breaking through the glass ceiling is the lack of visible role models.

“More women in key leadership roles not only inspire other women, but it drives and encourages diversity at all levels of the organisation. As a female tech leader, one of my key responsibilities is to share my story and to support, empower and inspire others,” Gillian Tans said.

In order to attract the best female talents, Lerdsuwankij – also known as Mimie – said that the companies should be able to strike work and life balance, for women have other responsibilities at home. In her case, as much as possible, she does not accommodate meetings after office hours for she has to take care of her ailing mother.

Another inspiring female, CEO Cindy Kuo – founder of insurance company Sunday – claimed that after finding the best talent, next step is to retain them and to ensure that they grow with the company.

Mind you, prior experience in tech is not necessary as long as you have the drive just like Kristen Wiggins, founder of LITT (Life In The Tropics) Nomads, who moved to Chiang Mai in Thailand after she felt fed up with her cubicle life in Los Angeles. LITT Nomads targets westerners who want to telecommute from Chiang Mai. For a fee, Wiggins set up accommodation, workspaces, and workshops for the professionals to have an optimum work and life balance to achieve a richer life.

While tech companies continually look for ways to attract and accommodate female talents, there is an issue whether there are enough female graduates with STEM (Science, Technology, Engineering, and Math) degrees.  According to the National Center for Education Statistics (NACS), there are more males in STEM courses across race and ethnicities. Data gathered showed that the ratio between male and female is 65:35.

Women in STEM courses also vary per generation. Mimie attested to this discrepancy. There are fewer women in tech courses among Gen X; however, there is a much closer gap among millennials.

In order to encourage more women to enrol in tech-related courses, different companies partners with universities, usually in the form of scholarships or internships. However, Massachusetts Institute of Technology (MIT) has a start-up lab, also known as MIT Incubator, allowing students to have a headstart in creating their own start-ups and social enterprises.

It is no secret that the tech industry is currently a fraternity and employs more men than women. Numerous studies are conducted to determine why women shy away from the tech industry. Psychologist Dr. Alice Eagley argued that physiology or sex differences explain the gender gap in tech.

Thankfully, there is no direct causal evidence that biology causes the lack of women in tech jobs. But many, if not most, psychologists do give credence to the general idea that prenatal and early postnatal exposure to hormones such as testosterone and other androgens affect human psychology.

Researchers have studied individuals exposed to hormonal environments that are abnormal because of unusual genetic conditions or hormonally active drugs prescribed to pregnant women. Such studies have suggested that early androgen exposure does have masculinising effects on girls’ juvenile play, behaviour, aggression, sexual orientation and gender identity and possibly on spatial ability and responsiveness to cues that certain behaviours are culturally female-appropriate. 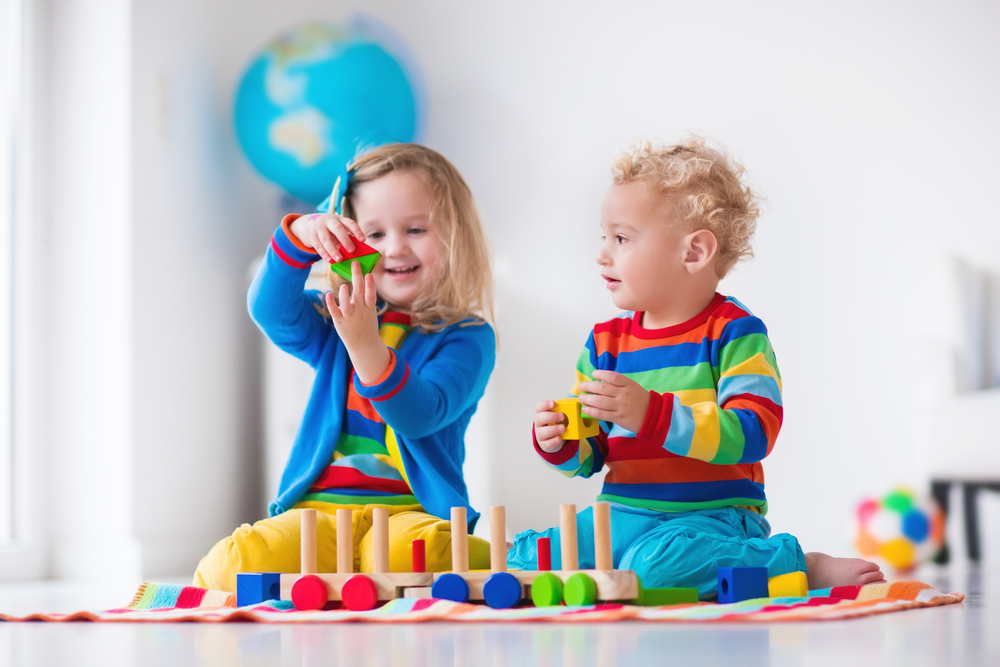 More than our gender, our upbringing could play a major role in choosing our jobs. The things we were exposed to when we were young affect our perception. People choose occupations based on their interests as well as their abilities.

Research shows that, in general, women are more interested in people compared to men, who are more interested in things. To the extent, tech occupations are more concerned with things than people, men would on average be more attracted to them. In short, men are obsessed with building things as women are into building relationships. However, women’s overall superiority in reading and writing, as well as social skills, would be an advantage for them in the industry.

It is important to promote diversity in any sector. Let us not pit women against men for the skills and abilities of both sexes are crucial for a tech company. It is good to know that our society is moving far from gender binary and discrimination – and that the modern hiring process focus solely on skills and talent.